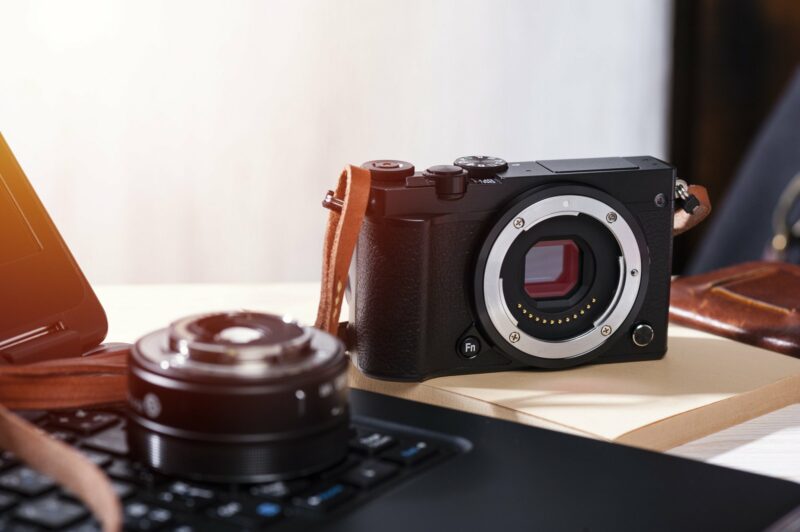 Are you in the market for a new camera? You may have heard of the benefits of micro four-thirds, especially when it comes to agility.

These smaller camera models are lower in price and a great investment for the new photographer that doesn’t want to spend a lot while learning the craft. It’s also becoming a favorite among more experienced shooters.

With quick speeds and abundant capabilities, micro four-thirds cameras beat the DSLR in many categories.

In this post, you’ll discover the advantages of micro four-thirds cameras and why you might want to consider them for your next camera.

Without further delay, here are 11 advantages of micro four-thirds cameras.

When it comes to camera technology, we see camera manufacturers developing new and advanced technology at every turn.

The camera industry offers photographers of all levels of experience some of the newest innovative tools available in M43 camera models for a lower cost. Even at a lower price, we don’t have to compromise on quality.

You also have the capability to turn eight-megapixel stills into single frames from that video. Bet you didn’t think a still camera could actually shoot JPEGS eight megapixels at thirty frames per second!

That’s four times more resolution with 4K video than you get with a 1080 HD TV image. The micro four-thirds camera has no problem capturing crystal clear images at this resolution.

Picture shooting a photo and choosing the exact spot you focus on after you capture the frame. Although Lytro introduced this technology, now Panasonic has delivered this concept to the mainstream with a little extra.

Using the software you can use the Lumix camera’s 4K video capture and choose the focus later. You can also select the single image on the LCD screen on the camera and save your image as an 8-megapixel JPEG.

When you’re done with the shots, the M43 automatically merges the frames into a final image, enhancing the depth of field. From front to back, it delivers outstanding focus.

Konica introduced the concept of in-camera image stabilization with Anti-Shake technology. Then Olympus enhanced the technology with Evolt or E-510.

This cutting-edge in-camera IS technology is available in Panasonic and Olympus M43 systems as well as other non-M43 models.

And then having to wait patiently to see the images when you comb the images in your computer. The M43 now stitches your images for you. You can print massive images on the M43 that measure over forty inches wide.

One of the other major advantages of the micro four-thirds is an easy-to-use interface of the LCD screen. This is apparent in the Panasonic Lumix M43 camera.

What makes it so simple to operate is the fantastic LCD touch screen located on the back of the camera.

It’s easy to change the autofocus sensor (AF). You can change the position of the AF by moving your thumb while you’re looking into the cameral.

If you’re an experienced photographer, you know one of the keys to high-quality composition lies in fast and simple AF control.

As terrific as the LCD touch screen is, so are the function dials and buttons on some M43 models.

In fact, both the Olympus and Lumix systems have a plethora of custom function buttons photographers can position to practically any setting they can dream of.

Micro four-thirds cameras aren’t like heavier DSLRs. This makes it easy to carry for people of all ages. These cameras are becoming the first choice of the baby boomer generation.

At any age, who wants to lug around heavy equipment?

We all know how conspicuous mirrors on cameras are. Whether you’re attempting to remain incognito at an event or get the perfect wildlife shot, micro 43 cameras keep you under the radar.

There’s something about authorities and large lenses and cameras that don’t mix, whether you’re shooting at a concert or a national park.

With smaller cameras like micro four-thirds, you’ll have a lower chance of being questioned or harassed at a venue or an event.

Final Thoughts on the Benefits of Micro Four Thirds Cameras

Now you know 11 great advantages of micro four-thirds cameras. Their lightweight construction, agility, advanced technology might make you choose one over the DSLR.

Whether you want to learn M43 tips about maternity and baby photography, adventure photography, pet photography, or tips and tricks to using your micro four thirds, explore our website for great content.