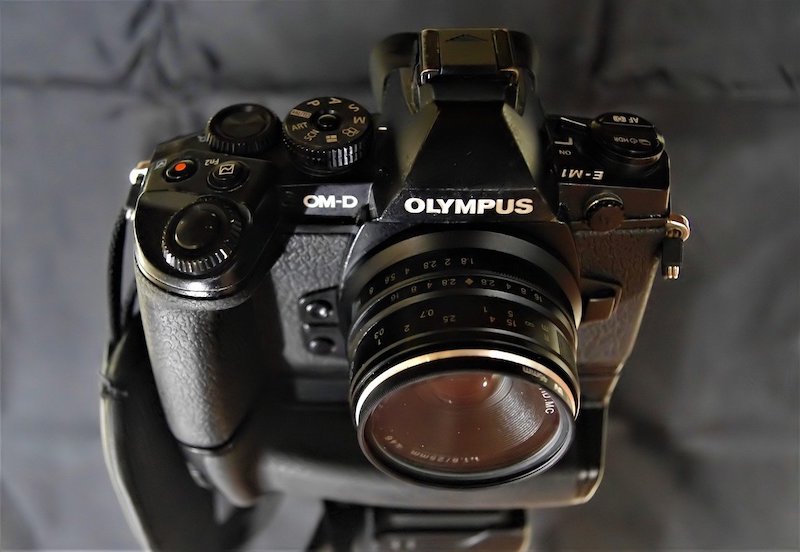 The new year has already been an exciting one for M43 cameras, with new models, upgrades, and lenses regularly rolling out through 2019 and into 2020, and there’s still more to come.

DSLRs and mirrorless haven’t thrown the towel in just yet. However, 2020 is certainly looking to be the year where they may be starting to feel more of a pinch, as advancements in the mirrorless M43 market sway more photographers over to the compact side.

It’s a trend that is further driven home by Nikon’s announcement that they will be putting more of a focus on their mid and high-end DSLRs rather than producing more entry-level variants.

There are a few standout models available for 2020, with each bringing something different to the table. The following models are some of the best micro four-thirds cameras for 2020:

Let’s have a more in-depth look at each model, so you can learn more about which M43 camera will work best for your style of photography.

Vloggers and amateur movie directors have been turning to the Lumix DC-GH5S for a while now due to its superb 4K capabilities and 10bit 4:2:2 internal recording. This capability makes the GH5S an excellent choice for video creators who regularly use a green screen.

Because it’s a video-centric camera, there are inevitable compromises made regarding still photography, namely the low-resolution sensor compared to other M43 cameras in this price range.

However, the drop in resolution is a necessary sacrifice for achieving smoother video footage with higher frame rates and better performance in low light conditions.

If you shoot video on the go in handheld mode, you will appreciate the rugged stylings of the GH5S. A sturdy magnesium alloy frame and weatherproofing mean that you don’t have too much to worry about when shooting outdoors.

The mirrorless market is often criticized for the lack of features you can pack into a small frame, but the E-M1 Mark III proves that you don’t have to make as many compromises as you might think – if any.

Many of the features found in the Mark III Olympus have already been delivered via the OM-D E-M1X but in a much smaller body.

You get the same excellent 20.4 Megapixel live MOS sensor and 121-point all cross-type on-chip phase-detection AF to give you precise control over your focus points.

The advanced AF algorithm gives you unprecedented accuracy when focusing on fast-moving objects. Even with a large-diameter lens with an f1.2 aperture, you will have no trouble tracking your subject at 18fps while still achieving the full 20.4 Megapixels.

A standout feature of the Mark III is the Starr Sky AF, which promises to revolutionize the world of night sky photography. Olympus developed an entirely new algorithm to eliminate the focus problems which have plagued astrophotographers for decades.

The algorithm is so accurate you can now capture pixel-perfect images of the night sky with a handheld, without a tripod, and while using a wide-angle lens.

The SSWF (Super Sonic Wave Filter) means that dust can no longer ruin your best shot. The image sensor filter vibrates 30,000 times per second to shake off even the most persistent dust and dirt. Couple that with a new dirt-repellent coating, and you will take crystal clear shots every time.

An IS mode specifically created for 4K video recording provides 5-axis stabilization to make every frame crystal clear when shooting in C4K. The Mark III comes with OM-Log400 to ensure you capture all the details in the highlights and shadows and have more control over color grading.

The list goes on as you get weather sealing, more advanced face and eye priority, and 5-axis sync IS.

Until the E-M1 Mark III release this year, the Mark II has been the flagship camera for Olympus, and along with Panasonic and Fuji, it has helped keep the M43 market-relevant since 2016.

The TruePic VIII image processor is fast enough to provide high-speed performance – 18 fps in AF/AE when tracking fast-moving objects and 60 fps in AE/AF lock with the electronic shutter. The shooting speeds take a hit when using the mechanical shutter, but it’s still a respectable 10 fps with AF and AE.

The electronic viewfinder updates at 120 fps and has just a 0.005-second time lag between frames. For shutterbugs who spend most of their time taking still shots but would occasionally like to dabble in video, the E-M1 Mark II is also capable of DCI 4K and UHD capture.

If you worry that you may miss the perfect shot, the Mark II has your back. The Pro Capture setting starts pulling in shots to the buffer as soon as you half-press the shutter. This feature means you will have an extra 14 frames to work with when you get back to the studio.

For an M43 camera, the E-M1X is big. The extra girth can be attributed to the twin grip and a secondary image processor – features previously only seen in professional DSLR cameras. The design of the E-M1X makes it an obvious competitor to Canon’s EOS 1DX Mark II.

The E-M1X delivers on all the features you would expect for such a hefty package. You get 5.5 stops of image stabilization, 60 fps continuous shutter speed with the electronic shutter, on-chip phase detection, and 121 cross-type phase-detection points.

For photographers who prefer capturing every little detail for post-processing, the E-M1X is equipped with a handheld high-res shot mode, which combines two separate images into one highly detailed, high-res composite.

Five-axis sync gives you a powerful 7.5 EV stops of compensation for beautifully crisp photos when shooting handheld – even with a telephoto lens.

M43 cameras have been stepping up their game in the last couple of years.

The new offering from Olympus via way of the OM-D E-M1 Mark III means that the M43 market gets to once again thumb their nose at the heavier, more expensive DSLRs and further cement their place as a worthy alternative for amateur and professional photographers alike.