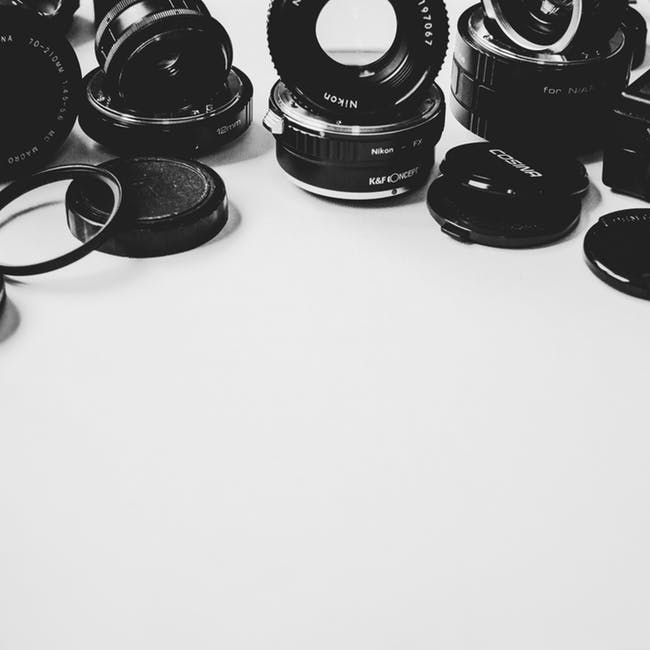 The first digital camera, designed by Eastman Kodak’s Steven Sasson, was in 1975. It was quite large; nothing about it would be considered streamlined. And it wouldn’t be recognizable as a camera to most people today.

But 44 years isn’t forever, and since the days of Sasson’s prototype, digital cameras have continued to evolve in both size and capability–though very few cameras possess an optimal combination of these two attributes, even today.

In this article, we will compare and contrast two types of digital cameras that have been trying to achieve this combination and win the hearts of photographers: the micro 4/3 camera (M43) and the digital single-lens reflex (DSLR) camera.

Competition over which camera type is the better one to purchase and use is ongoing and fierce. So we’ll start by sharing some basic information about the two contenders.

How a DSLR Works

In the body of a DSLR camera is a mirror to reflect light coming from the lens up into an optical viewfinder through a prism or a series of additional mirrors. This is how you can see what you’re shooting. “Reflex” refers to the mirror’s reflection.

When the shutter button is pressed, the mirror flips up out of the way, the shutter opens, and light from the lens goes directly to the imaging sensor where a photograph is made.

Like all digital cameras, DSLRs have sensors, though not all are the same size or of the same quality. Interestingly, it is the size of the sensor, not the number of megapixels, that determines a camera’s picture quality.

Until recently, DSLRs have had a small edge over M43s, by having 35mm (“full-frame”) sensors–which date back to the standards set by film cameras.

The preference for these could be about nostalgia more than anything else, though. M43s have ways of compensating for their smaller sensors, though, as will be discussed below.

Micro 4/3 cameras are in the “mirrorless” category of cameras–which also includes, increasingly, full-frame mirrorless cameras. The reason for there being no mirror is simple: to make the camera lighter.

This means, essentially, that the photographer “sees” what the camera does–and in the same way, i.e., digitally. It is a real-time preview of exposure, white balance, and tone.

You can see already that DSLRs and M43s differ from each other but are rough equivalents, too. That is, for each attribute that is a drawback for one of them, there is some feature or capability to compensate, either directly or indirectly.

To give an example: M43 cameras’ sensors are only about a quarter the size of those in a full-frame DSLR. Therefore, the depth of field with an M43 can be inferior to that of a typical DSLR. Those who appreciate background detail are not happy about this.

It can be resolved, though, by adjusting for crop factor, which is the size difference between the 35mm frame typical of a high-end DSLRs (either APS-C or full-frame) and a different camera’s sensor.

According to Engadget’s Nick Summers, “To achieve a similar composition, photographers apply a crop factor of two. In practical terms, this means a 50mm lens on an MFT camera is equivalent to a 100mm lens on a full-frame DSLR.”

Read more about crop factor and how to adjust for it in this detailed article with helpful illustrations.

Most M43s, contrastingly, use electronic viewfinders (EVF), which show the image just as it appears on the sensor; in effect, the photographer sees what the camera “sees.”

The two camera types also contrast with regard to autofocus. An M43 uses phase detection, which basically works by dividing the incoming light into pairs of images and comparing them.

DSLRs use contrast-detect, which measures contrast within a sensor field through the lens. The intensity difference between adjacent pixels of the sensor increases with image focus. The optical system is adjusted to achieve the best contrast.

Another comparison: DSLRs tend to have a much longer battery life than M43s. M43s beat DSLs in video capture, though.

There is considerable overlap between manufacturers of M43 and DSLR cameras. Most DSL manufacturers also produce cameras in the micro 4/3 format.

Both camera types also have a range of lens types–a lot more in the case of DSLRs since they’ve been around longer. Currently, cameras, lenses, and other equipment are less expensive overall for M43 cameras than for DSLRs.

For example, “If you buy a set of five lenses as a professional photographer, you will be spending around $8000 for the lenses of the DSLR, while you will only pay approximately $3,000 for m4/3.”

M43s’ biggest advantage probably is that they are smaller and lighter than DSLRs. It should be noted, however, that differences between camera types discussed here also vary among specific camera brands and models within each of the types.

Only some of the same manufacturers of DSLR cameras also have developed M43s: Olympus and Panasonic (Blackmagic for video) make M43 cameras.

These are also the companies exploring full-frame mirrorless cameras–that are perceived as a sort of “secret weapon” in the battle of medium-to-high-end digital cameras. This will be discussed next.

Around 2013, Panasonic and Olympus–who, together, had developed the M43 system– began designing full-frame mirrorless cameras. Other manufacturers have been exploring this.

According to one critic, these efforts are likely to “push M43s out of competition” since the preference still seems to be for full-frame cameras. He says, “it would be ill-fated … to split their resources between full-frame and micro four-thirds.”

It should come as no surprise, of course, that others foresee the imminent demise of DSLRs–and have statistical data to back up the argument. After all, in the grand scheme of things, the DSLR hasn’t been around all that much longer than the M43.

It’s hard to say at this point what is the best micro 4/3 camera since the industry might be transitioning to an entirely different format of the mirrorless camera.

Could the best mirrorless camera end up being the full-format version? Well, let’s not forget the size, weight, and price advantages offered by M43 cameras. M43s are nowhere near ready to step out of the competition.

After all, we can’t escape physics; big sensors call for big, heavy, expensive lenses. Moreover, advances in computational photography should make smaller camera systems more appealing, not only to the hobbyist but also the professionals.

TechRadar’s list of Best Mirrorless Cameras in 2019 has full-frame cameras as its top 4; however, next on the list are several cameras in either APS-C or micro 4/3 formats.

So at this point, we’d probably say that the Olympus OM-D E-M10 Mark III (#6 on the list) and the first M43 listed) is a good choice for someone looking to purchase the “best micro 4/3 camera.”

When researching the M43 format, we can see that it has its supporters and its detractors–though it seems like the slightly skeptical optimists dominate the conversation.

Will full-frame mirrorless cameras ameliorate concerns about both M43 and DSLR situation, or will it prove too bulky and just cause frustration for camera owners already invested in another format …

Especially if it’s a format that probably still, at that point in the near future, will be smaller and lighter than full-frame mirrorless cameras.

In the meantime, if you haven’t done so already, why not check out the sleek little micro 4/3 format and see just what it can do? You might be surprised!