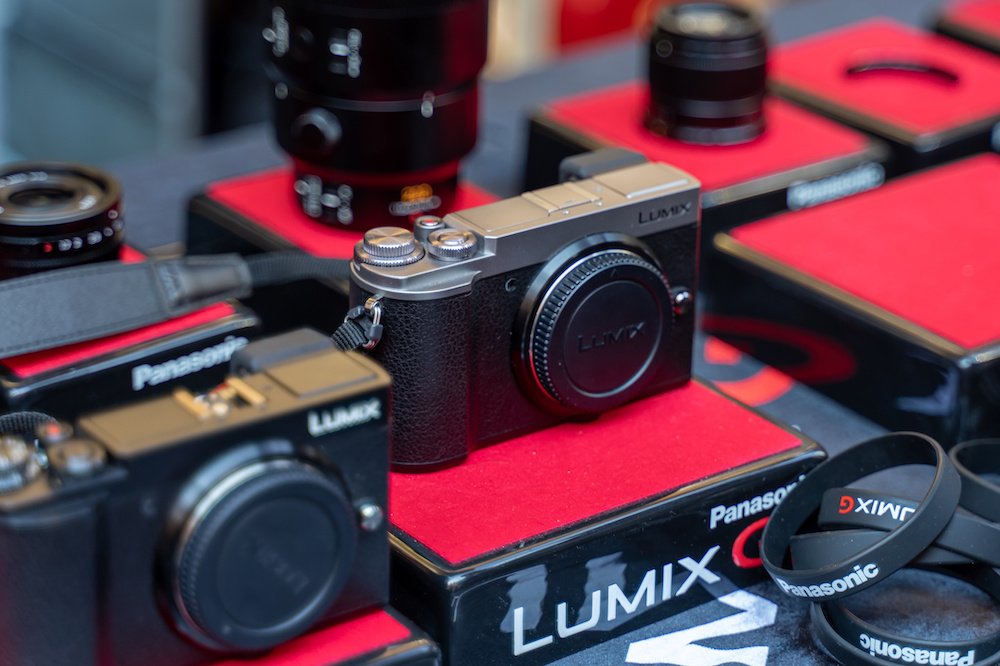 When shopping for a camera, you’ll find that there are a lot of specs to consider. One of the most crucial ones is the integrated type of sensor.

There’s no doubt choosing between Micro Four Thirds vs APS C sensors can make a significant difference in your shooting.

With the ability to affect how your camera behaves and how you should handle it, consider comparing Micro Four Thirds (MFT) compared to APS C.

This guide will review both sensor types to help you choose the perfect rig for your professional or amateur photography.

What To Know About Camera Sensors

When you read the term “camera sensor,” it refers to a piece of hardware inside your camera.

A sensor is responsible for gathering light in your environment, converting it to the images you’ll see on the screen.

Typically, these sensors have millions of spots sensitive to light, making it easier to record what you see through your lens.

There are multiple aspects of capturing images that your camera sensor can affect, including:

What Are the Different Types of Camera Sensors?

There are five standard camera sensors you’re likely to find in your chosen digital cameras. In this guide, we’re focusing on Micro Four Thirds compared to APS C, but there are three others to note as well, including:

Full frame sensors are typically the fan-favorite as they are the largest.

You’ll find their capturing capabilities are similar to that of a 35mm camera, and they have zero crop factor.

Everything you see in the viewfinder translates directly into your photos when you shoot with a full-frame sensor.

You’ll find cameras with full-frame systems will be the largest and bulkiest. You’ll also find the lenses they need are bound to be considerably larger.

If you’re in the market for an interchangeable lens camera, you’ll likely find an APS (Active Pixel Sensor).

With APS-H, you combine an average-level pixel count paired with a larger sensor. These cameras will also have a more extensive ISO performance and 1.3x crop factors.

Aside from APS-C and MFT, a one-inch sensor is the last option you’re likely to come across. It’s the smallest out of this list, although there are sensors that can go even smaller.

One-inch sensors are typically between 13.2mm and 8mm combined with a 2.7x crop factor.

If you’re on the hunt for a Micro Four Thirds camera, you’ll be straying far away from DSLRs, as these cameras are mirrorless.

With that said, many of these cameras featured MFT at the emergence of DSLRs, but post-2008 models were mirrorless.

As expected, the aspect ratio of MFT is 4:3, which is the standard ratio for medium formats. This ratio is best for making prints, especially if you want to use standard sizes like 6 x 4.5 inches.

You’ll need to note a few numerous things regarding this sensor type, such as:

Cameras that feature MFT sensors are slightly smaller than your average DSLR. That is because the lens mount and sensor have limited spacing, reducing the camera body size.

They’re an excellent travel solution, especially if you’re heading on a plane.

You’ll undoubtedly want to switch between different lens types when capturing different subjects. For example, telescopic lenses can be helpful for nature photography, while macro lenses are best for detailed shots.

With Micro Four Thirds cameras, you’ll find they have wide compatibility with interchangeable lenses. In fact, you’ll even find that you can use third-party lenses with most cameras with compatible adapters.

This feature can help you save plenty of money instead of settling for manufacturer-specific utilities.

The lens size is another massive cost saving you’ll experience with this sensor type. Instead of investing in costly, large lenses, MFT cameras work with smaller and shorter lenses.

You’ll still have access to the same focal length, but as fewer materials are needed to make smaller lenses, they’re more affordable.

As mentioned, the physical sensor inside MFT cameras is considerably smaller than with APS C cameras. With their smaller size, you’ll find they also generate less heat, making it easier for the camera to operate seamlessly.

This feature is important to note if you prefer long exposure shots, as you’ll have less noise with seamless shooting.

Compared to APS C cameras, you’ll find a considerable difference with Micro Four Thirds cameras in their depth of field.

While APS C models are better for portraits, MFT cameras are remarkable for nature and landscape photography. With its higher depth of field, you’ll capture even more activity in a larger frame, even without a tripod.

With the consistent upgrades to photography tech, most, if not all, cameras can capture photos and videos.

If you’re hunting for a camera with awesome video capturing capabilities, MFT is a top-tier solution.

Its impressive video performance makes it an excellent choice for capturing high-quality videos in low and bright light conditions.

One of the more considerable downsides to MFT sensors is that they consume more battery power than other sensors.

With that said, you must always carry a spare battery with you, especially when shooting for extended periods of time.

If you’re someone who prefers to use a modernized viewfinder, Micro Four Thirds cameras are your best bet. However, if you’re preferential to optical viewfinders, it’s better to opt for APS-C models, as these cameras only have electronic viewfinders.

The most restrictive disadvantage to cameras with MFT sensors is that very few manufacturers make them. In fact, the two notable companies you’ll have to choose from are Panasonic and Olympus.

Unfortunately, this considerably limits your possibilities when finding the perfect camera for your needs.

Compared to MFT, APS C cameras are the more traditional option as they’re from an older system.

It was the sensor type that was initially developed for film cameras. Over the years, manufacturers have adapted the sensors for digital cameras, especially DSLRs, though you can find some mirrorless APS C models.

In most cases, the sensor size for APS C sensors is 25.1mm x 16.7mm with a 3:2 aspect ratio. When shooting, you’ll find your photos translate similarly to 35mm film, which makes it a popular option. For prints, you’ll be able to craft the ideal images to be printed at 6 x 4 inches.

Like Micro Four Thirds cameras, there are a few key features to note with APS C cameras. Let’s review some of their most interesting components.

One of the primary reasons photographers may opt for APS C cameras compared to MFT models is image quality. The larger the physical sensor in the camera, the bigger the pixels in the photos, increasing image quality.

Since APS C has a considerably larger sensor size, you’ll have higher resolution images to work with.

The largest downfall to APS C cameras is that their body size isn’t as useful for travel as MFT cameras. As earlier mentioned, the larger your camera sensor, the more space it needs internally.

You can expect these cameras to be more prominent and heavier as well. With that said, it doesn’t mean you can’t use APS C cameras for travel.

You’ll simply find that they require a little more travel-friendly support, such as a full-size camera bag. Many MFT cameras are small point-and-shoot models that can slip into your pocket.

There’s no doubt that Micro Four Thirds cameras outperform when it comes to lens compatibility. However, APS C cameras also have a little extra versatility that you can use to your advantage.

You’re most likely to stick with lenses within your camera’s ecosystem, but you may also have third-party compatible options.

Whether you’re a professional or amateur photographer, you’ll want the versatility to capture photos and videos.

APS C sensors are available in DSLR and mirrorless camera types, making it easier to find your ideal model. With its incredible image quality, it’s also far more likely to be found in some more luxurious camera options.

If you’re looking to get into portrait photography or wedding photography, this sensor type is something to consider.

The depth of field you’ll get with APS C sensors is much smaller than MFT cameras. Meaning, you’ll be able to get the perfect up-close shots with impeccable detail you won’t soon forget.

Micro Four Thirds vs APS C: Which Should I Buy?

With a better idea of the significant differences between APS C and MFT cameras, it’s time to figure out which model is best for you.

Every photographer has different needs, with some interested in more up-close shooting and others looking for distance landscape-friendly models.

Let’s look at how you can choose between APS C and Micro Four Thirds cameras based on specific considerations.

If the size is the most important feature you’re worried about, Micro Four Thirds cameras are undoubtedly your top choice.

They have smaller bodies paired with more lightweight components, making them great for travel. Most of these cameras can fit in the palm of your hand and quickly slide into your pocket for quick shots.

Although APS C is the more traditional technology, it’s also one of the more affordable options. You’ll find that MFT cameras can be significantly more expensive even when looking at comparable APS C DSLRs.

If you’re someone who’s used to shooting with film, investing in an APS C camera will be the most familiar. Remember, these cameras are digitally formatted to translate identical to shooting with 35mm film.

Thanks to their incredible image quality, the larger size of APS C cameras is quickly made up for. With larger megapixels to put to good use, you’ll find you’ll have a higher resolution.

When choosing camera lenses, you must have a wide number of styles to choose from. Since lens type can considerably affect the quality of your photos and breadth of content, the more options you have, the better.

MFT cameras are undoubtedly the superior option when it comes to lens compatibility. They work with lenses within their own ecosystem and third-party models.

Not only can this help you save plenty of money, but it also broadens your camera’s versatility. You can use telescopic, macro, wide-angle, and many other lens types with ease.

Always Choose the Camera Sensor That Matches Your Needs

Deciding between Micro Four Thirds vs APS C cameras gives you plenty to think about. Your specific needs as a photographer can help you choose correctly.

These two sensors can differ significantly from body size and weight to lens compatibility. If you want something lightweight and capable, MFT is a good choice, while APS C is better for image quality, although in a larger package.