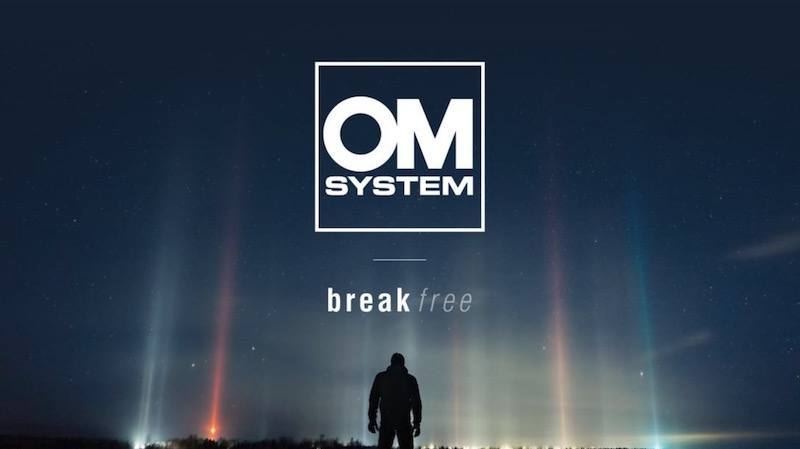 The Olympus brand produces a wide range of products, from digital cameras and audio recorders to binoculars. The company responsible for Olympus digital cameras is rebranding to OM System.

OM System claims to be a completely independent company focusing on digital photography and wants to reflect that by spinning away from the Olympus Corporation to establish itself as a separate entity.

Shigemi Sugimoto made the news public in a YouTube video. He also revealed the first digital product to receive the OM System branding treatment; a micro four-thirds camera with an interchangeable lens that promises to deliver “an unrivaled photographic experience.”

The new model is also said to use computational photographic technology and include the brand’s latest cutting-edge technologies and manufacturing capabilities to “significantly improve performance.”

The fresh face of digital photography isn’t shying away from using the power of marketing to develop some early hype around the new M43 model and its dedication to creating dependable imaging systems. Unfortunately, we will have to wait and see whether the claims have any merit.

Why Has Olympus Rebranded to OM System?

The claim for the rebranding is a little thin, but we would hazard a guess that licensing has played a significant factor in the development.

Now that OM Systems is a separate corporate entity from Olympus, we suspect that the name change helps them avoid licensing fees, despite purchasing all departments related to the upcoming product lineup.

Is Olympus Still Around?

​The camera business has always been a significant part of the Olympus brand, but they also develop microscopes, endoscopes, and other medical imaging devices with technical names.

Mobile phone technology has been eating away at the digital camera market for a couple of decades now. It makes financial sense for Olympus to offload a poorly performing branch to focus on its more profitable medical and scientific divisions.

​Japan Industrial Partners swooped in to scoop up the floundering digital camera division earlier in 2021 and quickly made the name change to OM Digital Solutions. The aforementioned licensing issues are suspected to be responsible for dropping the Olympus name from the brand altogether.

What Does it All Mean for Existing Olympus Digital Cameras?

It’s proving difficult for OM System to convince the public that their camera division is a natural evolution of the Olympus brand and are ramping up their YouTube promotional efforts to inspire people to rally behind their products.

Despite the marketing hype, we think it’s all good news for digital photographers. Unlike the Olympus brand, which was losing interest in continuing development in its digital camera business, OM System is full steam ahead and serious about giving the range and its future products a much-needed boost.

With so much invested, it’s clear they are hoping to become a dominant player in the industry. This is excellent news for people who love the Olympus brand and want to see them continue, even if they do arrive under a different moniker.

Despite OM System disassociating itself from the Olympus brand, photographers can still look forward to new lenses and other new stuff available over the next few years, with the promise that it will be compatible with their existing Olympus equipment.

In short, you can expect your current interchangeable lens camera to be compatible with any new products they release.

As we mentioned earlier, a new Micro Four Thirds mirrorless camera is under development and will have the honor of being the first OM System product.

Unfortunately, details are scarce, and we don’t know much about the new camera’s features.

According to a recent press release, the upcoming M43 camera will feature a more compact, lightweight body, strong photo support capabilities (whatever that means), and computational photography technology to improve image quality and photographic expression.

The website also states that there will be five key technologies pushing the camera’s performance, including advances in:

As you can see, it’s a bit of a who’s who of features responsible for making the M43 range of cameras so appealing.

Should You Ditch Your Old Olympus?

If you wonder whether you should ditch your old equipment because Olympus has rebranded to OM System, the answer is no? There’s no reason to jump onto eBay to get rid of your trusty Olympus cameras and make the switch to a different brand. OM System will still produce compatible lenses and equipment; they just won’t be sold under the Olympus brand.

OM System is making a considerable effort to let everyone know that their trust in the new name in lightweight systems won’t be misplaced. They can still expect the same quality and reliability in the upcoming models and equipment.

The recent spate of YouTube videos that testify to this fact has certainly had no amount of polish spared from their production.

Olympus has long held a place in the hearts of millions of professional photographers and enthusiasts, and it’s safe to say that none want to see the brand fade away. For many loyalists, it will be comforting to know that the Olympus brand will carry on in spirit, if not in name.

Is it Time to Break Free?

OM System is making some lofty promises, but without any tangible products to physically inspect, we have to wait and see how the new brand will impact the digital photography industry, micro four thirds in particular.

Let’s hope they can live up to the technical jargon and marketing-speak used in a recent press release.

“OM SYSTEM expresses our determination to continue to deliver unparalleled experiences to our customers through our mission to constantly challenge convention and a philosophy of continuous product development, which we have adhered to since the establishment of OM Digital Solutions.

Through our products and services, we hope to create exciting experiences that bring joy and inspiration. Going forward, we will strive to be the brand that customers will treasure for a long time to come, devoting ourselves to craftsmanship that demonstrates a commitment and fulfills people’s lives.”

Given that the dedicated digital camera market has been shrinking for a while now, OM System might have their work cut out for them.

For photography enthusiasts who prefer more options than the average smartphone can provide, however, a little extra competition in the industry can only be a good thing.