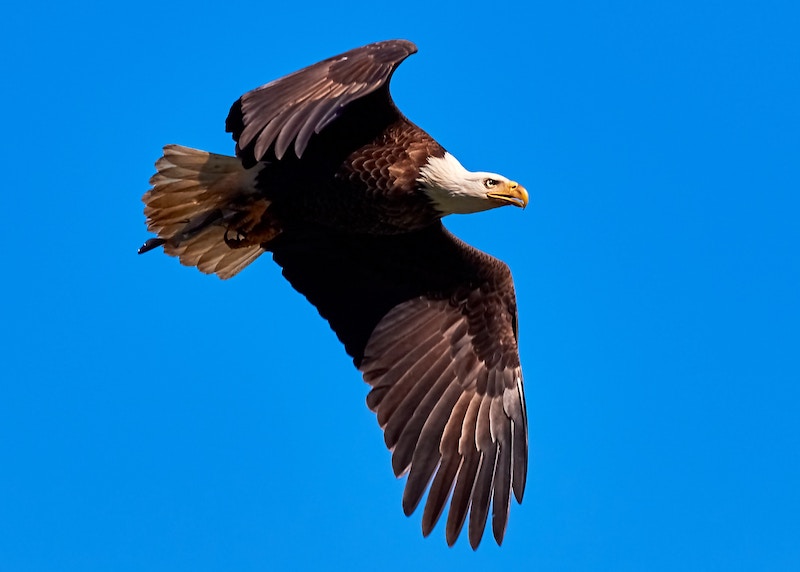 Bird of prey photography is a growing genre amongst enthusiasts and avid bird watches in the micro four thirds camp. What usually starts as a hobby for many, quickly turns into a weekend passion.

With binoculars, m43 camera, lenses and sometimes a field guide at hand, finding the birds is just the start of their day.

What follows beyond the search is waiting at known sightings with a camera, hoping that they can capture a majestic animal in full flight or with prey clutched in their talons.

So if you are a micro four-thirds photographer where are the world’s best bird of prey photography spots?

The answer, some of the world’s best bird of prey photography spots are in almost all countries including the USA, Africa, the UK, and Alaska.

In this article, we will explore four of the more popular areas you can get close to birds of prey. We will also list some of micro four-thirds cameras and lenses you may need to get as close as you can.

From what we have learned, understanding a bird of prey’s behavior is by far the best way to predict where they might be, and how they will act.

Birds of prey are shy creatures, and as an m43 photographer, you may find you have to use a hide or a vehicle to get close to them.

But for the majority of m43 photographers, getting close to a bird of prey on foot is by far the best feeling.

We highly recommend doing some solid research to understand the species you wish to photograph. As an example, if you want to shoot an Osprey, understanding the habitat you might find them in is crucial to finding them.

Visiting coastlines, rivers or estuaries which contain fish and are surrounded by large trees are often an excellent location to find them.

You then might like to explore under the large dead trees to see if there are any fish carcasses, literally a dead giveaway that an Osprey might frequent the branch above.

Following this, sitting down on the shoreline for a few hours watching the skyline, you may even spot an Osprey.

Over time as you revisit the area, you will gain more knowledge as to the whereabouts of each bird.

For photographers having your m43 equipment with you during these times is essential as you never know what might be around the corner. Another great place to source information is online.

There are numerous blogs from avid bird of prey photographers, so we encourage you to reach out to the authors of the blogs to learn about the birds in their country of residence.

Photographic Equipment You Need for Bird of Prey Photography

All micro four-thirds cameras operate at the same focal lengths, meaning all lenses are interchangeable between brands.

As this is the case, you may find it a fantastic opportunity to find a like-minded m43 photographer to go out exploring with.

Sharing equipment while you are out in the field is common, and it can actually save you some money if you both decide on buying different lenses.

If you are new to photography and are not sure what micro four-thirds lenses to purchase for ‘bird of prey photography’, then read on. First, you will need an m43 camera.

There are plenty to choose from, but the leading brands include Olympus and Panasonic. Each camera offers different specifications, but ultimately you should decide what camera feels right for you.

There is one key element though to look for when purchasing an m43 camera for ‘bird of prey photography’, and that is frames per second.

You should look for a camera that is capable of taking multiple photos in one second. Some of the stand out models with high frames per you should try out include:

Any of these models would be ideal for ‘bird of prey photography’ and autofocus across these four models is outstanding.

You can use other models with slower frame rates and still achieve excellent results, but having a tool made specifically for what you are after will undoubtedly give you a head start.

A common phrase you may hear amongst bird of prey photographers is ‘I wish I had a bigger lens’, Murphy’s Law also says you always need a bigger lens.

So, when it comes time to purchasing a micro four-thirds lens on your m43 camera body, get the biggest lens you can afford (or your ego can afford to use). Some of the lenses we recommend include:

Once you have your batteries charged and gear ready you then need to decide where to go.

Harris hawks are a bird of prey which is worth venturing to southern Texas for. Their beautiful plumage and mighty wings are indeed a marvelous sight to see when in full flight.

Once you have packed your gear book a ticket and fly into Corpus Christi, make sure you pre-book a hire car and then drive keeping an eye out in the sky where you should see plenty of them along with vultures and kestrels.

Bald eagles are a significant icon of the north, and their grand fishing style is well documented. For an m43 photographer capturing a photo of a Bald eagle can be high on the list of birds of prey to photograph.

To witness these birds, you should visit Homer Spit. Upon arrival at the base of the Spit follow a 4 mile well-paved mostly flat trail to Nick Dudiak Fishing Lagoon.

Along this route you should see plenty of opportunities to photograph wild birds with your micro four-thirds camera, just make sure you bring plenty of spare memory cards!

Eagles frequent the fields for five months of the year, from September through to January. Tradition has seen locals following in the footsteps of Kublai Khan’s hunting parties where eagles formed bonds with falconers.

To this day near the town of Opočno, nearly one hundred falconers hunt with eagles, goshawks and a variety of falcons. For a bird of prey enthusiasts, this is as good as it gets.

During your time there try establishing a relationship with one of the hunting parties as you may be graced with an opportunity to photograph some of the unfolding events and get a close-up view of some of the birds of prey and their handlers.

If you are after seeing eagles in the wild, then Kruger National Park in South Africa is one of the best places to see large eagles and vultures. Everything is almost set out for you.

There’s an airport to fly directly in and power to charge your micro four-thirds batteries.

Well established paved roads criss-cross the tourist area. You can either self-drive with a hire car or go on a personalized photography safari.

Whatever the case, be sure to pack your lunch and the longest lens you can afford because once you are there, you won’t wont to leave.

There are many more photography spots where you can see birds of prey, but ultimately, we encourage you to look around your local area first.

You might be surprised to learn about some of the birds of prey frequenting your area.

All you need to do is the research and then using your m43 camera, you can capture the bird of prey images and share them with the rest of the world.